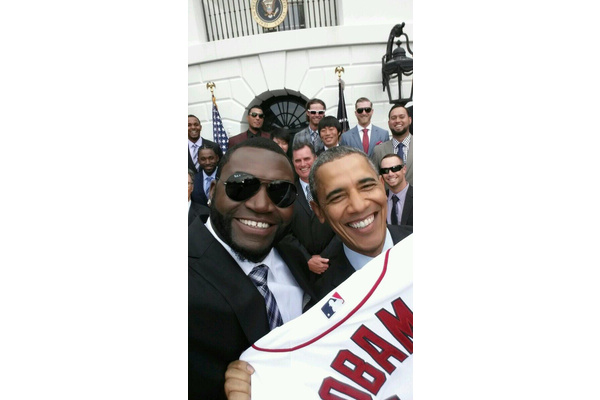 The White House is not very pleased after Samsung used a selfie taken of Red Sox' David Ortiz and President Barack Obama in a promo tweet.

Ortiz took the rare chance to grab a selfie with the President when the Red Sox recently visited the White House. He then went on to tweet the selfie with the words "What an honor! Thanks for the #selfie, @BarackObama," and so far so good. However, Samsung then tweeted the image to its 5.2 million followers, upsetting the White House.

As a general rule, the President's image should not be used for commercial purposes and the White House clearly feels that Samsung did exactly that. The South Korean firm was able to use the content through a pre-existing deal.

"Without getting into counsel's discussions, I can tell you that as a rule, the White House objects to attempts to use the president's likeness for commercial purposes, and we certainly object in this case," said White House spokesman Jay Carney, reports Reuters.

After Samsung tweeted the image, it pointed out through its @SamsungMobileUS account that the photo had been taken with a Galaxy Note 3, which explains why the White House feels Samsung used the President's image to promote its products.

Officials have not asked for the picture to be removed by anybody, but seem to be making it clear that there is no endorsement of Samsung's products, and that it objects to the perceived usage of the selfie by Samsung to promote its products.

Big Papi, Big Selfie. RT @DavidOrtiz What an honor! Thanks for the #selfie, @BarackObama pic.twitter.com/3I7ckLjquf

@Flako318 We're happy you think so, Flanko. This photo was taken with a #GalaxyNote3.