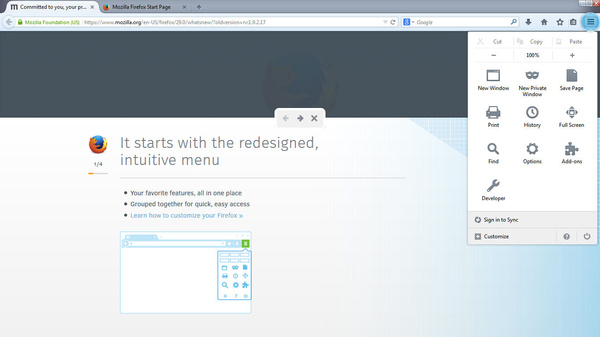 The new interface is definitely easy on the eyes, particularly how the open tab is more prominent at the top of the screen while background tabs fade. The old Firefox button has disappeared and has been replaced with a new menu button, like that seen in Google's Chrome browser.

When you click the button in Chrome, you get a text drop-list of options you can click, but Firefox 29.0 goes a step further with a new improved menu that includes icons you can click.

Also on the menu is an option to Sign in to Sync. Mozilla has improved the Sync feature by making it account-based so you can now easily retain all of your settings, bookmarks, history and also sync tabs across PCs and other devices.

Under the hood, Mozilla has finalized and enabled the GamePad API which it has been working on since Firefox 24. The GamePad API will make it possible to control games within Firefox using a proper controller.

You can download Firefox 29.0 FINAL for Windows from AfterDawn now. 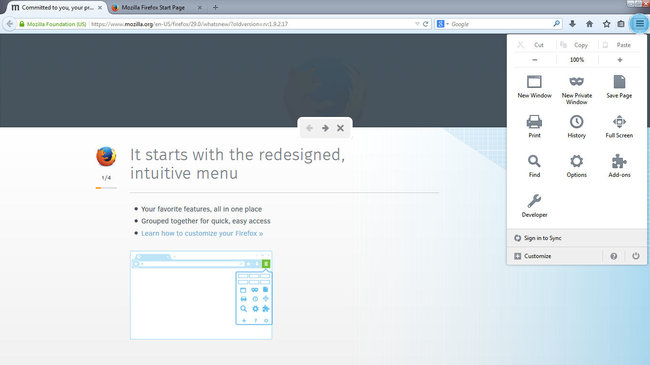