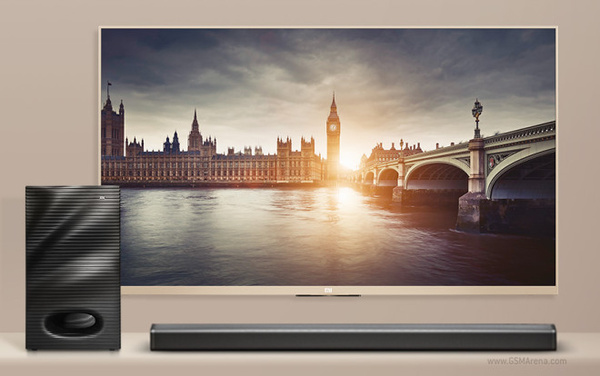 Xiaomi, the innovative Chinese company that appears to be able to undercut literally any price in the hardware world, has unveiled its smart MI TV 2, a 49-inch 4K 3D television that will sell for just CNĄ3,999 ($640 USD).

The smart TV runs on an Android variant with the company's own TV user interface attached, and allows for sideloading of TV apps.

Even the remote is innovative, as it uses Bluetooth LE, and the TV, if tapped on the bottom, will make the remote beep if you cannot find it around the house. You can also use an Bluetooth-enabled smartphone as a remote using Xiaomi's app, which includes voice and gesture control.

Being that the TV is so thin, the company says they had to separate the audio including a Bluetooth sub-woofer and a wired audio bar. The setup can be used with your mobile devices via Bluetooth, as well, which is very cool.

Chinese buyers can get the item starting on May 27th, but like other Xiaomi products, it likely will not make it out of the country.