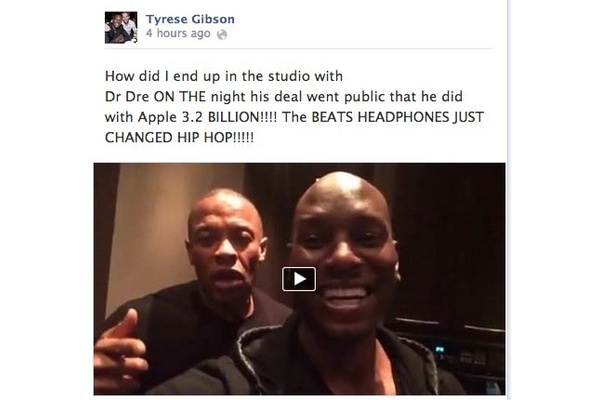 Nearly two weeks after it was first reported, Apple has confirmed their acquisition of premium headphone and streaming music company Beats Electronics.

Both companies confirmed the synergies of a merger, which will include the Beats brand remaining separate from Apple's but with Apple selling the headphones and offering iTunes alongside the Beats streaming service.

Beats' head executives Jimmy Iovine and Dr. Dre will now work with Eddy Cue, Apple's head of Internet services. Beats was founded in 2006 by Iovine, the powerful music executive and Dre, the rapper and entrepreneur.

Apple CEO Tim Cook praised the talents of Dr. Dre and Iovine while also praising the new streaming service. "These guys are really unique," Mr. Cook said. "It's like finding the precise grain of sand on the beach. They're rare and very hard to find."

For the $3 billion, Apple is paying $2.6 billion in cash and $400 million in stock. Despite being Apple's largest acquisition of all-time, the purchasing price is barely a dent in the company's incredible $155 billion cash hoard.