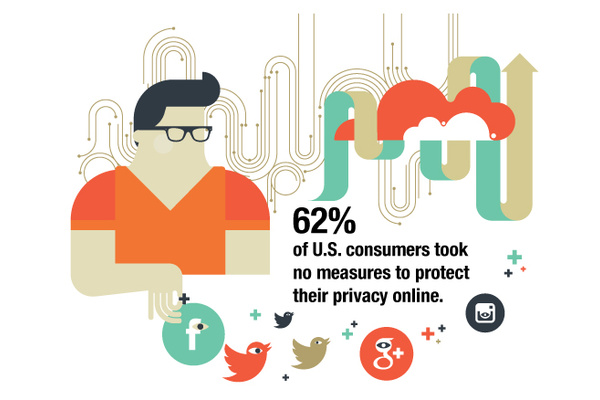 According to a new survey by Consumer Reports, 15 percent of all U.S. consumers were victims of personal data breaches in 2013.

Perhaps most shockingly, 62 percent have done nothing since being notified to protect their privacy online.

The report estimates that 11.2 million people were victims of email phishing scams and 29 percent of Americans have been infected with some sort of malware in the last year.

In 2013, there were eight "mega breaches" in which personal details were stolen from at least 10 million people. So far in 2014, that number is likely to go even higher following major breaches at Adobe and eBay (not to mention Heartbleed).