T-Mobile US CEO has another laugh at AT&T 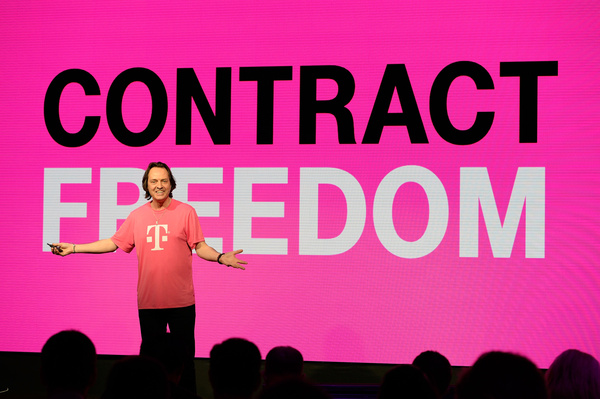 T-Mobile US CEO John Legere has taken the easy shot at AT&T, after it was reported that the carrier will be raising its activation fees.

Legere is well known for insulting AT&T and its executives and this time is no different.

"Is this a joke, AT&T?!" Legere wrote on Twitter. "[T-Mobile] removes fees and you do the opposite!? What happened to copying us?"

AT&T explained the new move, which is only for new contract subscribers, who are getting a subsidized smartphone. "Customers looking for a great value can get it with AT&T Next and Mobile Share Value plans," AT&T says. "With AT&T Next, customers can get a new device every year for $0 down, plus no activation, financing or upgrade fees. Customers choosing a 2-year contract plan will experience a four-dollar activation fee increase beginning June 8. Customers on 2-year plans choosing to upgrade to a new device will experience a four-dollar upgrade fee increase beginning June 8."

Is this a joke, @ATT?! #Uncarrier removes fees and you do the opposite!? What happened to copying us? #oppositeday http://t.co/U1C7MmSoqe