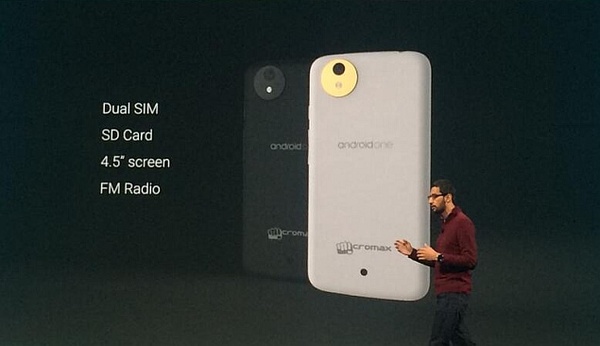 Google wants to make sure that everybody in the world has an Android device.

The search giant has used their 2014 I/O developer conference to unveil the "Android One" program designed to help manufacturers that are selling lower-end devices.

Google has created hardware reference devices that OEMs can refer to when building their own phones, allowing for (reportedly), the highest quality phones possible at the lowest price. The devices will run stock Android and receive quick OTA operating system updates although Google will allow OEMs to build their own apps as well.

It does not appear that full UI skins will be possible, but then again, these devices will not be made by Samsung or HTC.

The program will begin in the fall in India and Google showed off a Micromax-branded device with a 4.5-inch display, dual-SIM support, an SD slot and FM radio for under $100.