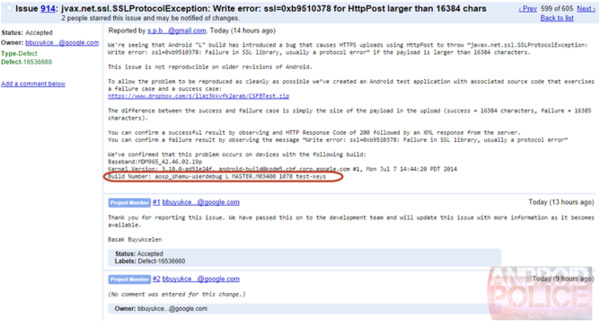 According to a new report, Google and Motorola are working on a new flagship smartphone that will be significantly larger than any previous Nexus device.

The device will be 5.9 inches and include a fingerprint reader, reads the report.

Most of the basis for the report comes from screenshot of Google's issue tracker that references a device running Android L on a Google-built kernel, suggesting a Nexus device although not guaranteeing.

There had been reports that Google was looking to kill off its Nexus program in exchange for the new Android Silver OEM program, but Google later denied those reports, at least for this 2014.