EA, Microsoft agree to subscription game service on Xbox One 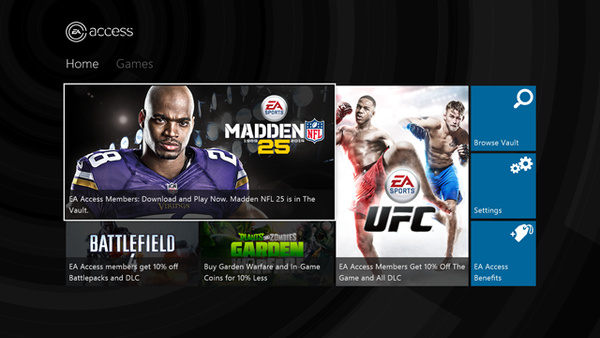 EA and Microsoft have announced a new subscription game service for Xbox One gamers.

The new service, EA Access, will cost $5 per month or $30 per year and give access to downloadable games through "The Vault," a small but growing collection of EA games.

At launch, EA Access will have just four games: FIFA 14, Madden NFL 25, Peggle 2, and Battlefield 4, with the promise of more being added in the near future.

In addition to the cheap gaming on older games, EA Access members also get 10 percent off EA games and other content including DLC and free trials of new EA games up to five days before their retail dates.

You can buy passes to EA Access on Amazon and at GameStop.