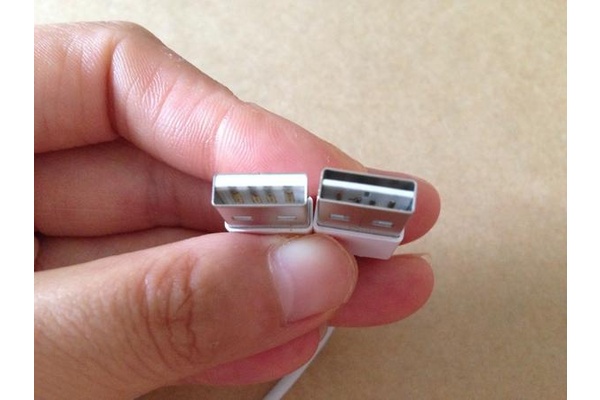 According to new reports, Apple could be preparing to unveil a new Lightning cable for the iPhone 6 that can be plugged into a USB port with either way up, avoiding user confusion that has existed since the beginning of time.

Apple filed a patent in 2013 that described "reversible or dual orientation USB plug connectors" that can plug into any standard PC and "reduce the potential USB connector damage and user frustration."

Such a design would also be future-proof as long as the computer (or other device) has a full-sized USB port.

SonnyDickson also leaked a photo of the alleged cable: