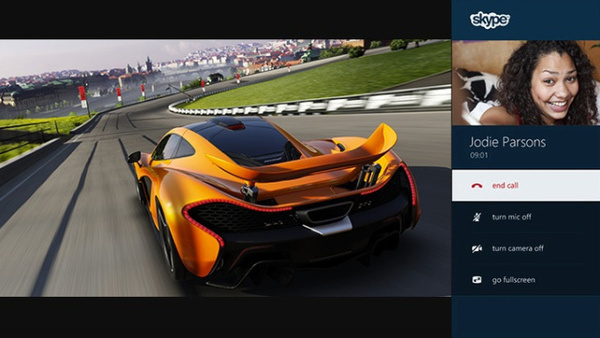 Microsoft has updated popular video chat and messaging service Skype for Xbox One to version 1.8, bringing with it a number of well received features.

The company has touted its new photo viewing features from mobile, updated "Snap" functions and the ability to answer phone calls using a voice command.

First, "Skype 1.8 for Xbox One allows you to view photos sent from mobile phones on Skype for Xbox One. Skype users from Windows Phone and iOS mobile devices can now share pictures with Skype for Xbox One users either in a 1:1 or group chat." If there are more than one photo being sent, you have the option to make a large screen slide show.

In Snap mode, "the frame rate has doubled and the size of the video window has increased" meaning you may be able to actually see your friends and family.

If you are playing a game or using other features of the Xbox One, you will be able to see the Skype call come in and use the voice command "Xbox Answer" to Snap the call without interrupting your current gaming or TV viewing.