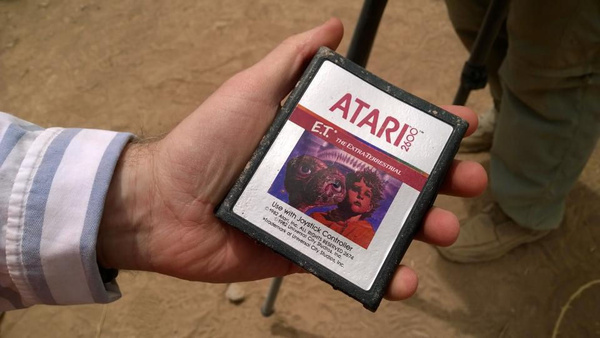 A few months ago, following decades of myth, construction workers and a documentary crew were able to find over 1200 Atari 2600 games including the infamously bad E.T. in a landfill in New Mexico.

The games had been dumped in 1983 when the video game industry crashed, and the story had never been confirmed until they were unearthed.

That being said, about 800 of the cartridges will be sold, and the first lot is headed to eBay in the coming weeks. Some of the titles are expected to get a couple of hundred each, but the story itself is much more important than the actual games. There was also a lot less games found then had been rumored. Most of the rumors of the last three decades had assumed there were over 500,000 games buried, but the final figure was a fraction of that.

It is unclear which museums will have interest in the collection.