Here is the Moto Droid Turbo 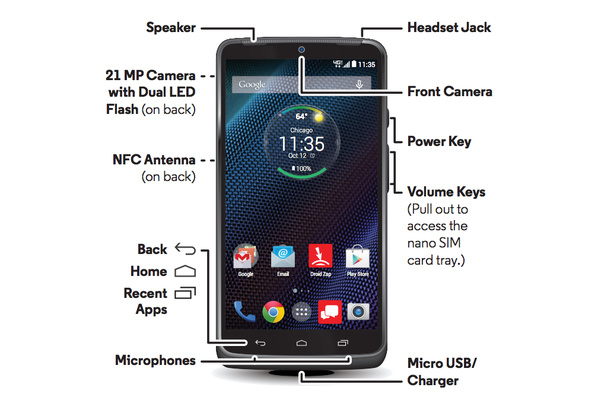 Thanks to a leaked manual, we have specs and images of the upcoming Moto Droid Turbo, the latest in Verizon's "Droid" lineup.

The manual does not reveal all the specs, but we have enough to get a solid picture. The device runs on Android 4.4 with Moto's little helpful UI additions like Voice, Display, Assist and Connect. The smartphone has a QHD 5.2-inch display, a 21MP camera, Qi wireless charging and Turbo Charger support. In addition, the Turbo is said to have a "high-capacity long lasting battery."

It is unclear when the device is scheduled for launch, but Motorola is also expected to releases the Nexus 6 in conjunction with Google in the next week, so the month of October could be busy for the revived smartphone maker.