The Motorola Nexus 6 is finally here, and as expected, it's a titan

Google took the wrapping off their latest flagship device: the Nexus 6 built by Motorola.

Although most of its specs and even its design had been leaked in the past weeks, Google and Motorola still had a few tricks in store for what should easily be the most powerful smartphone ever created.

A huge 3220 mAh battery should give you juice for the day but Motorola has taken it a step further by including a Motorola Turbo Charger which promises to give you 6 hours of battery life with just a 15 minute charge.

Google has upgraded the camera from its predecessor Nexus, as well, going with the 13 MP + OIS + HDR+ camera found on the latest Moto X. For sound, Moto has added dual front-facing stereo speakers for much improved music and speaker phone playback. The design is similar to the Moto X and the colors available at launch are midnight blue and white.

Of course, the Nexus 6 will launch with the new Android 5.0 Lollipop with Material Design, for which we will have dedicated article up tonight.

With its giant specs and screen, many hoped that Google would stick to form and keep the Nexus cheap, but that is unfortunately not the case. The device will launch at $649 unlocked for the base model (still $100 cheaper than the iPhone 6 Plus), and pre-orders begin on October 29th. All the major U.S. carriers have also signed up to offer the device, starting in early November. Check out the updated Nexus 6 page from Google here. 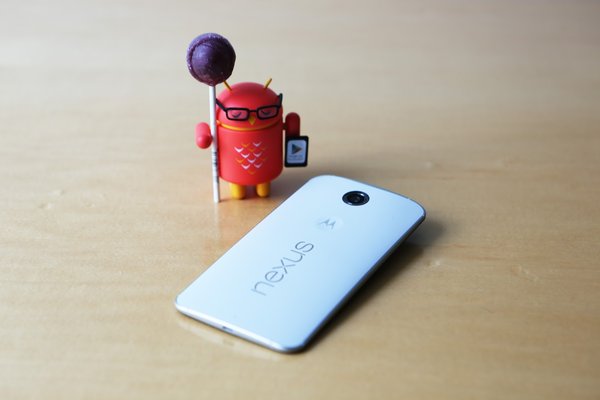