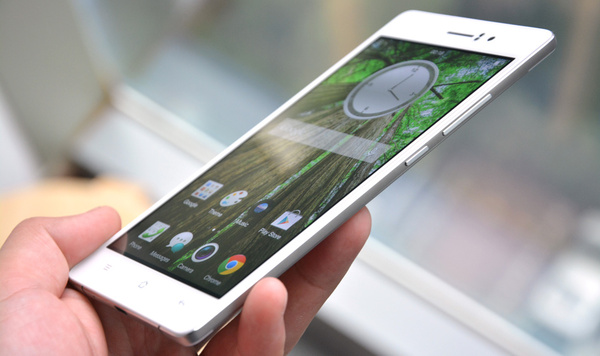 The new Oppo R5 beats out the previous record holding Gionee Elfie S5.1, which was 5.15mm thick. Oppo is well known for pushing the envelope with its phone and the new R5 still boasts impressive specs in the small casing.

On the downside, there is no microSD slot, no 3.5mm headphone jack and 16GB internal storage meaning you will have to use a bundled microUSB adapter for your favorite headphones.

Oppo says the device will also feature "phase-shifting material" to ensure that internal components remain cool (just like a PC motherboard). In addition, the device runs on Android 4.4 fork Color OS 2.0, which is similar to its predecessor but includes much better gesture support and all Android upgrades.

Ready for launch in December, the device sells unlocked for $499.