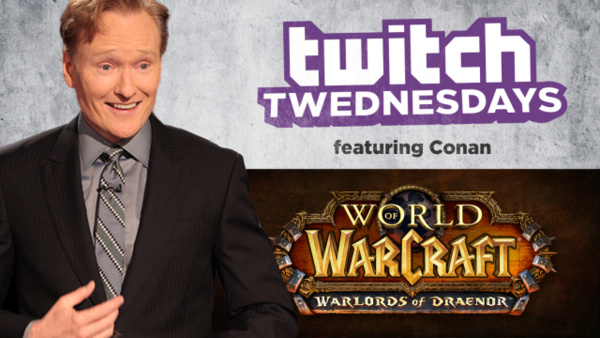 Twitch, as part of their Twitch Twednesday videos, have a new hilarious video of late night talk show host Conan playing the latest 'World of Warcraft', 'Warlords of Draenor.'

Conan does a popular segment called "Clueless Gamer" where the comedian plays new video games along with a more seasoned veteran. The results are often hilarious as Conan is way out of his element.