Batman Arkham collection on sale for $10 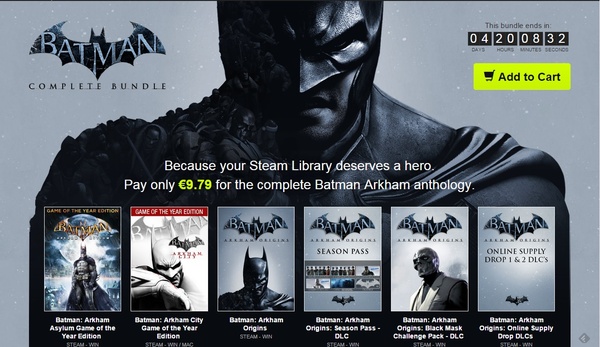 For just a few more days, it is possible to get all three Batman Arkham games and DLC for just $10 in the United States, or €9.79 in Europe.

The offer applies to PC gamers using the Steam platform. It is being offered by Bundle Stars for just $9.99 in the United States, or €9.79 in Europe (not sure in UK) and it includes the Batman: Arkham collection as it stands. For this ridiculously low cost you get:There's less than five days left to take advantage of the offer so head over to Bundle Stars now if you are interested.