Apple products are back in Russia, but with significant price boost 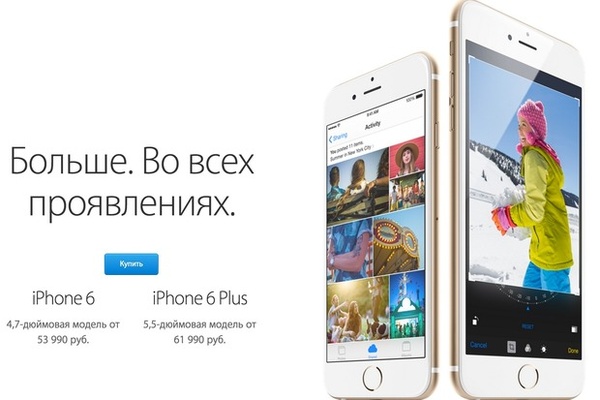 Last week, we reported that Apple shut down their Russian online store due to the "extreme" depreciation of the Russian currency, rubles.

At the time, Apple said: "Our online store in Russia is currently unavailable while we review pricing. We apologize to customers for any inconvenience."

The store is now back up in the nation, but consumers will have to pay up heavily to get their new iPhone. Apple has raised the price of the iPhone 6 by 35 percent, with the base model now selling for 53,990 rubles (about $1000 USD). In November, Apple raised the price 25 percent and the combined price jumps now make Russia one of the most expensive places in the world to get an iPhone.

Russia's national currency, the ruble, has been demolished in recent weeks against the strength of the US Dollar, and it now takes 54 rubles to get one USD. More much of the last five years, the rate was about 20:1. The currency has recovered somewhat in the last week, when it touched 80:1.