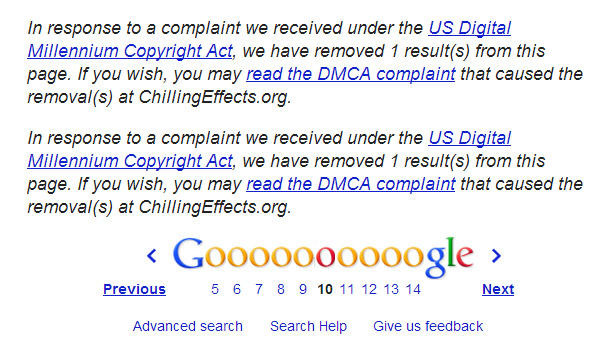 Surprising no one, Rapidgator, Uploaded and 4shared were the sites that were hosting the most alleged copyrighted material and Google received the most takedowns for links from those sites.

Also unsurprisingly, UK music trade group BPI requested 60 million links be taken down, easily the most of any company or group.

Google has actively tried to appease copyright owners and recently made significant tweaks to their search engine algorithms to downgrade known piracy sites and services.