Microsoft expands its Office preview for Android on tablets to everyone 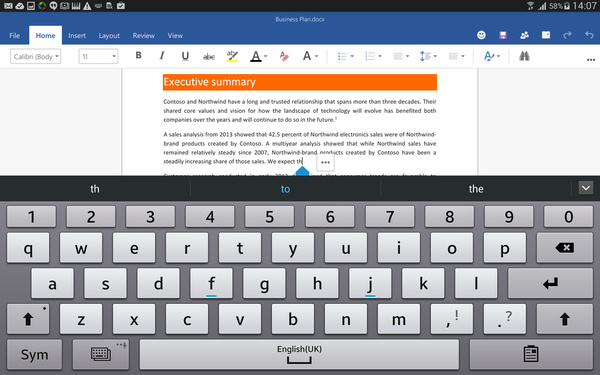 Microsoft has made its Office for Android tablets app available to all via Google Play.

The software was only available as invite-only previously, but the beta is now available to all (as long as you have KitKat and Lollipop).

Says the Redmond giant: "Over the last two months, we have heard from people all over the world who want the power of Office on their Android tablet. The feedback we've received through this initial phase of preview has helped us shape and optimize the Office experience for Android tablet users. Your feedback also helps us plan and prioritize future feature updates.

Today, we are excited to announce that we are further expanding the preview. We want more feedback from more users to ensure that Office apps work well on a range of different Android tablets before launching the official apps. To participate in the preview, you can use an ARM-based Android tablet running KitKat or Lollipop, with a screen size between 7″ and 10.1″. Starting today, anyone can go to Google Play and download the Word, Excel and PowerPoint preview apps. No waitlist. No requesting access. Just go and download the apps!"

Try it out here.