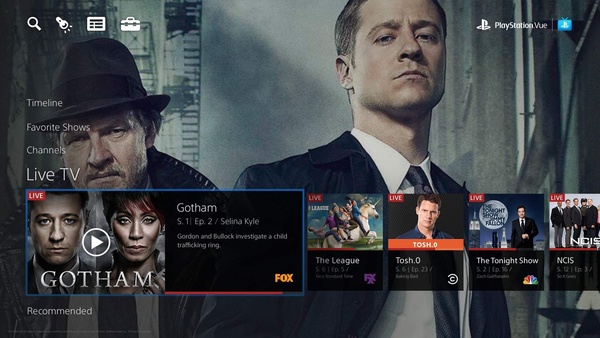 It's finally here, but it won't come cheap.

The live streaming TV service also has on-demand content and will launch with major content partners like CBS, Discovery, Animal Planet, Syfy, Food Network, Fox News and many, many more.

Available for the PS3 and PS4, the service also offers personalization options, cloud-based DVR recording without storage limits for up to 28 days after airing and discovery tools to help you find new programs you may like.

Starting at $50 for a 'core' package of CBS, Fox, NBC and 25 other channels, the service is more expensive than recently launched Sling TV but does offer more bang for the buck. For $60, you get Core plus regional sports and some movie channels and for $70 you get the "Elite" package of everything and an additional 25 "lifestyle, music and family channels." At $70, however, are you really saving much off your cable subscription?