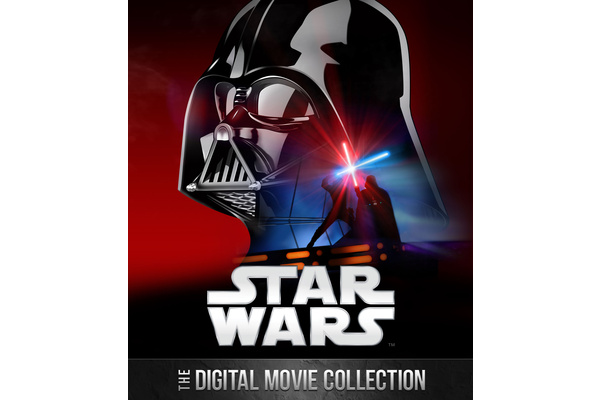 Disney has announced this week that the blockbuster 'Star Wars' series will be available as HD digital downloads for the first time ever, starting on Friday.

Dubbed 'The Star Wars Digital Movie Collection,' downloaders will get all six of the films and some bonus features. Each movie is also available individually if you are not a fan of specific movies (looking at you Phantom Menace).

"Since the debut of the first film nearly 40 years ago, Star Wars has become a worldwide phenomenon with legions of fans from every generation," said Alan Bergman, president, The Walt Disney Studios. "It's only fitting that audiences enjoy this legendary saga and its many fascinating behind-the-scenes stories on a wide variety of devices."

Star Wars: Episode II Attack of the Clones
•Conversations: Sounds In Space
•Discoveries From Inside: Costumes Revealed
•Legacy content includes "From Puppets To Pixels: Digital Characters In Episode II"; State Of The Art: The Previsualization Of Episode II; and "Films Are Not Released, They Escape"; plus Episode II Visual Effects Breakdown Montage and six deleted scenes.

Star Wars: Episode III Revenge of the Sith
•Conversations: The Star Wars That Almost Was
•Discoveries From Inside: Hologram & Bloopers
•Legacy content includes documentaries "Within A Minute: The Making Of Episode III"; The Journey Part 1; and The Journey Part 2; plus six deleted scenes.

Star Wars: Episode V The Empire Strikes Back
•Conversations: The Lost Interviews
•Discoveries From Inside: Matte Paintings Unveiled
•Legacy content includes "A Conversation With The Masters" (2010); "Dennis Muren: How Walkers Walk"; "George Lucas On Editing The Empire Strikes Back 1979"; and "George Lucas On The Force: 2010"; plus six deleted scenes.