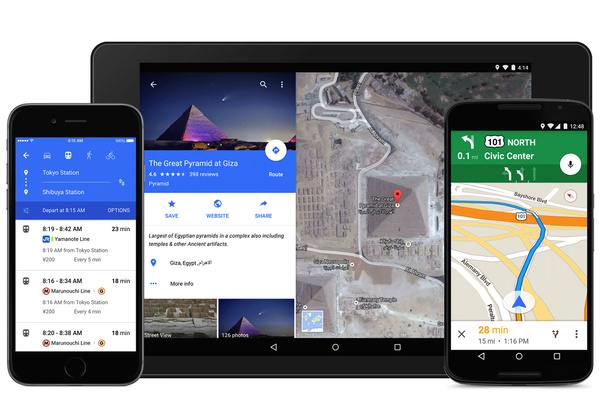 If there's anything that Google had to do with their maps it was adding proper offline support for mobile. And that is exactly what they've done at this year's Google I/O. There is a catch though.

Google announced that Maps app is becoming offline friendly with not only the map pictures but also navigation with voice assistance. The app currently only allows to download small areas for offline use and there is no navigation.

The company didn't reveal how the roll out will be happening but it did refer to developing countries a lot which might mean that in the US and Europe the feature might not appear immediately.

In addition to maps the YouTube app will feature offline mode as well. The videos can be downloaded for 48 hours after which they delete themselves. Good news to travelers.