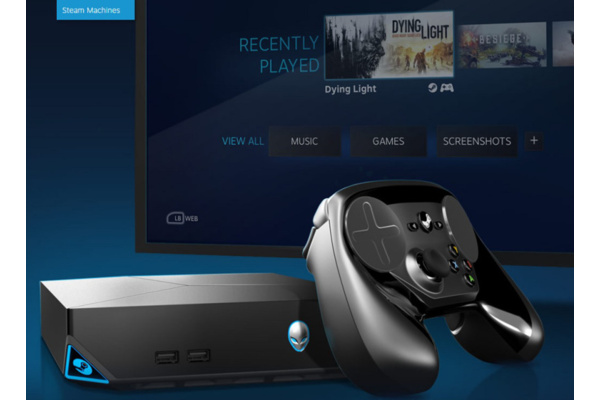 Valve has announced that consumers who pre-order a Steam Machine will receive their hardware on October 16th.

What is a Steam Machine? The machines are pre-built gaming PCs that run on either Windows with the Steam client pre-installed or on Valve's own SteamOS - a Linux-based operating system based on Steam - and are aimed at the pure gamer types that want to game on the big screen.

The first Steam Machines will come from OEM partners Alienware and Cyberpower and if you are not interested in pre-ordering, you can get the PCs at retailers starting on November 10th starting at $450.

While the systems may only appeal to a niche group, especially since the gaming catalogs for Linux are not great, there are some interesting features, most notably the controller. The Steam Controller is built for standard console gaming but also for games that have traditionally used a keyboard and mouse. There are two clickable trackpads and sixteen buttons total. The trackpads also include haptic feedback.