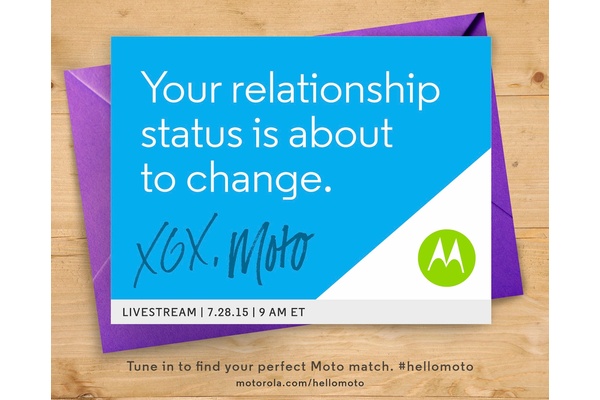 Motorola has sent out press invites to an event at 9AM on July 28th.

During the event, the company is expected to unveil the new generation of the Moto X flagship smartphone, and also an update to the aging Moto 360 smartwatch.

In addition, Motorola may also use the event to unveil a new Verizon Droid, and potentially a new Moto G, the low priced mid-range phone that has been very popular with consumers.

Subtly added to the press invite are the letters 'XGX' in a place where a hugs and kisses 'XoXo' might normally be seen, suggesting the aforementioned Moto X and Moto G updates.