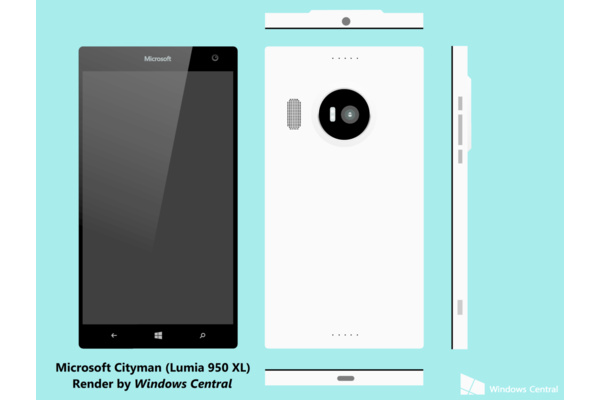 According to a new report, Microsoft will be releasing two Windows 10 Lumia flagship devices this holiday season, both of which will include iris scanners and one of which will have Surface Pen tech.

Reportedly, the Lumia 950 will have a 5.2-inch QHD OLED screen, a 20MP PureView camera (5MP selfie cam) and come with Windows 10 Mobile pre-installed. The device will be powered by a 64-bit Hexa core Snapdragon 808, 3GB RAM, a 3000mAh removable battery, 32GB internal storage (expandable with microSD) and will also support USB Type-C and Qi wireless charging.

The Lumia 950 XL (codename: Cityman) will have a 5.7-inch QHD OLED screen, be powered by 64-bit Octa core Snapdragon 810, 3GB of RAM, a 3300mAh battery, Qi wireless charging support and USB Type-C support. Also different from its smaller brother is triple LED flash for the 20MP rear camera, aluminum side buttons and a 1mm silver ring inside the black camera pod.

On paper, both devices sound great for the operating system that is seriously lacking a flagship that people can remember.