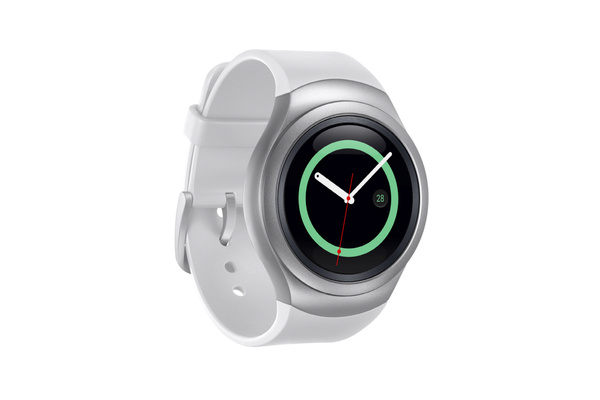 Samsung has unveiled their latest smartwatch this week, the Gear S2.

Differentiating itself from other rival watches is the fact that the device has a round rotating bezel and two side buttons (home and back).

As with Samsung's other watches, the Gear S2 runs on the company's own Tizen OS and not Android Wear. It is actually unclear which devices will be compatible with the device but we should know soon.

The Gear S2 includes NFC, Wi-Fi and also e-SIM, allowing for phone calls and some other tasks even when your phone isn't around. Although specs don't matter on watches, the S2 has 360x360 resolution, a dual-core 1.0GHz processor and 4GB internal storage.