Shazam was a big money loser despite strong user growth

Music discovery app Shazam had a great 2014, but its losses continue to accelerate as the company struggles to make profits.

The company has done two funding rounds since 2014, raising first $10 million USD and then $49 million USD, making Shazam a 'unicorn' - a startup with a $1 billion valuation. Like most unicorns, it does appear that Shazam is a ways away from making a profit. 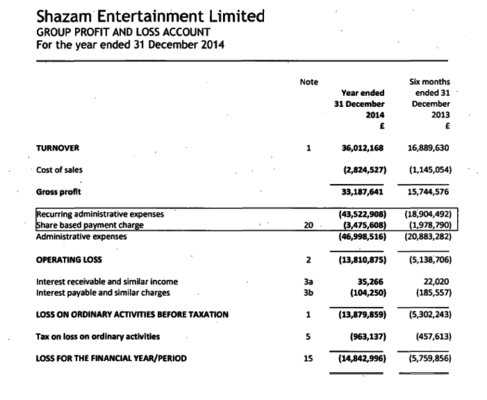