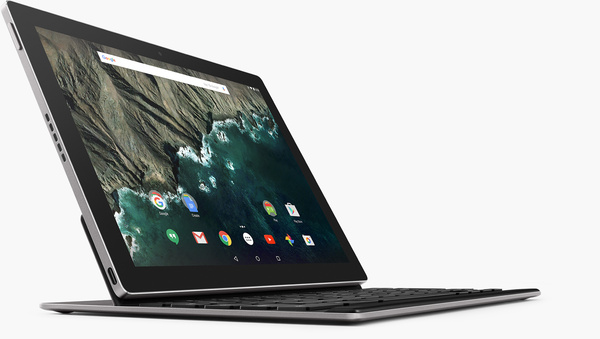 The tablet is a $499 10.2-inch tablet running on Android Marshmallow (rather than Chrome OS) with 3GB RAM and a powerful Nvidia Tegra X1 processor.

Bowers took time onstage to show off the Pixel's key feature, a $149 keyboard that attaches via magnets, turning the tablet into a laptop, basically. In fact, Bowers says the "C" stands for convertible.

"Mobile devices often force you back to a laptop when you want to write a document or respond to a long email," said Bowers. "And while there are plenty of keyboard accessories, they are often just that -- they're accessories. They have cramped keyboards, require you to use them on a desk, or get in the way when you don't want to type. In the case of tablets, we asked ourselves what would an ideal touch plus typing experience look like? Something where the screen and the keyboard complement each other."

The tablet will be available in time for the holidays, and as of writing only has a "teaser" landing page. You can see that here: Pixel C