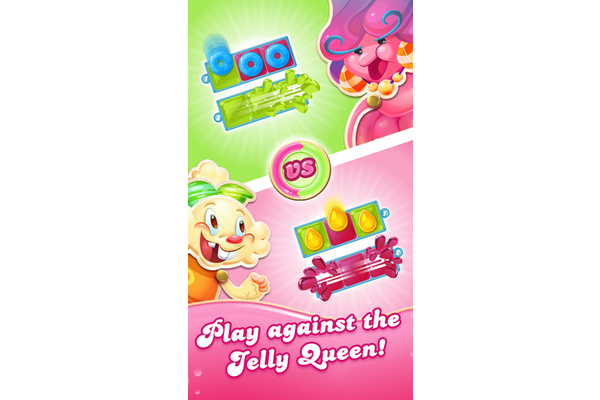 For fans of the series, however, there will be one minor change. To complete the level, you will have to spread jelly to every square on the field, rather than trying to get rid of it like in past games. Additionally, you will face off against the 'Jelly Queen' in a few levels which means fighting an AI opponent trying to do the same thing as you in turn-based combat.