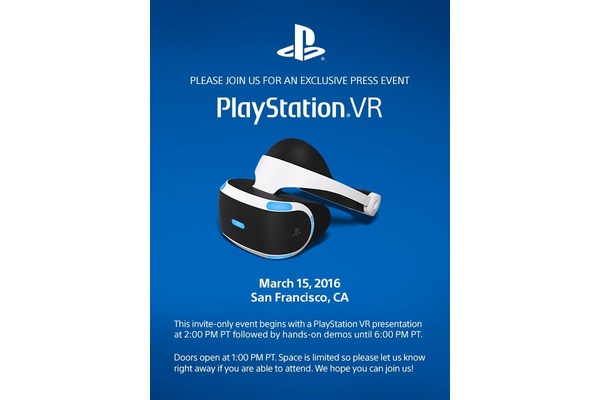 Sony has sent out press invites for an upcoming PlayStation VR event on March 15th at the GDC in San Francisco.

The VR headset will be available for the PlayStation 4 at some point in 2016, but there are still many unknowns for the system.

Sony recently refuted a report that the PSVR would be delayed until the fall, suggesting that we could see the anticipated device in the Q2. Most importantly, however, will be the price tag, with some speculating it could be as high as $799.