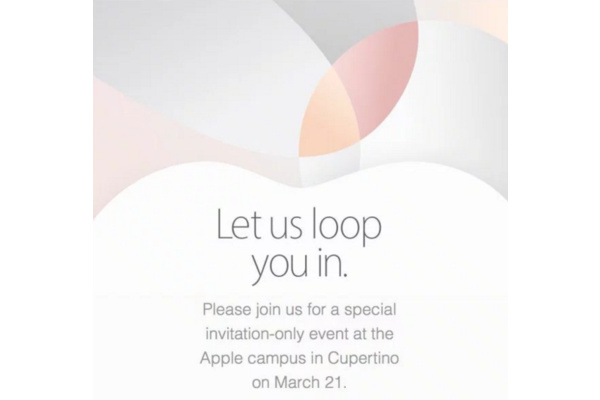 Apple has today sent invites for its unusually important March event. Apple is expected to unveil a new iPhone as well as a smaller version of iPad Pro.

Like last year Apple is looking to announce new products in three different events, first of which is in less than two weeks on March 21. New products are expected as well from the WWDC and September iPhone event.

The March Special Event will be more influential than previously as Apple's new products are expected to include both a new iPhone and an iPad.

The four inch iPhone has been rumored for quite a while and it seems that it will be released under the moniker iPhone SE. It's a revamp of the older iPhone 5 and 5s models but includes Apple Pay with Touch ID and NFC, and a newer and faster A9 chip.

Apple's new iPad will likely be a 9.7 inch version of the Pro model which comes with a smaller Smart Keyboard. In addition to the iPad and the iPhone, Apple is teasing new Apple Watch straps with the slogan "let us loop you in."