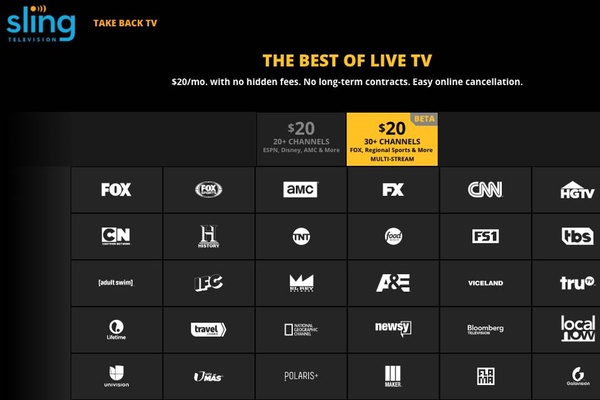 Dish has unveiled a new $20-per-month model of its Sling TV streaming TV service, adding multi-stream and Fox channels for the first time.

The new package will allow for up to three simultaneous streams on different devices, and will include Fox, Fox's regional sports networks and FX. By signing up, you also get on-demand access to FX Now.

Dish's first Sling TV package has Disney channels including ESPN, but only allows for one stream at a time.

"Since launch, our customers have asked for more channels and multiple streams," said Sling TV Chief Executive Roger Lynch in a statement. The new package "is the first step in answering their requests."

In addition to the Fox anchors, AMC, A&E, Turner channels, Scripps Networks Interactive channels, EPIX and Univision will also be part of the multi-stream service. Disney will not.