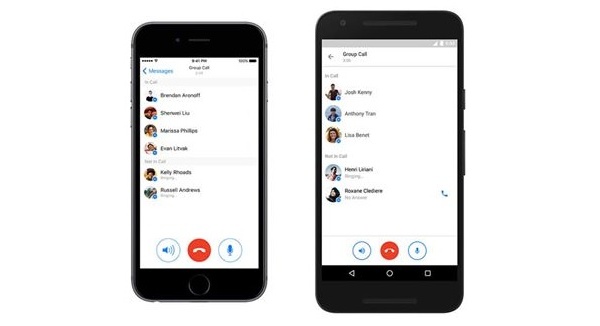 Facebook has announced the addition of group voice calls to their popular Messenger app, starting with the latest update for iOS and Android.

Messenger currently has 900 million users, and Facebook says once you update you will see a "new phone icon" when in group conversations. Hitting the icon will start a phone call with everyone in the group.

The new addition gives Messenger nearly all the features of Skype, the only difference being that you need to have a Facebook account to use Messenger and not everyone cares to have one. Skype also offers group video chat, which we assume is Facebook's next logical update for Messenger.