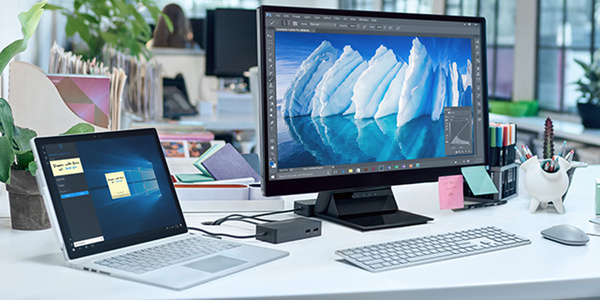 The Surface Book, when it was first released last year, reflected one of the most innovative pieces of hardware we've seen out of the Windows camp in quite some time, but the price was and remains out of the realm of those looking for a casual laptop.

In the 2016 "Performance Base" model, Microsoft has used the same 13.5"PixelSense Display (3000 x 2000 (267 PPI) resolution), upgraded the Intel Core i7 processor to the latest generation and pumped up the GPU to a NVIDIA GeForce GTX 965M with 2GB GDDR5 memory.

Best of all, Microsoft now promises 16 hours of battery life, an unheard of figure, compared to the 12 hours of its predecessor.

Starting with 256GB of internal storage, the new Surface Book is priced at $2399 and goes up from there. Pre-orders start now for shipment on November 10th.