New Pokemon games are most pre-ordered in Nintendo history 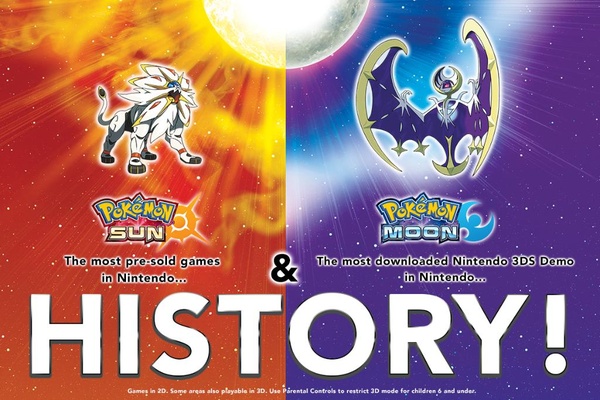 Even though they are still a month from release, the new Pokémon Sun and Pokémon Moon have set the record for most pre-ordered game in Nintendo history.

In addition, the demo of the game is the most downloaded 3DS demo, ever, as well.

The games are set for launch on November 18th in NA and November 23rd in the EU.