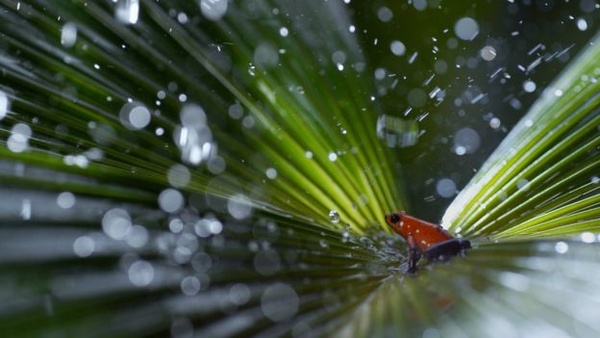 The BBC has started running a test delivery of Planet Earth II content in 4K Ultra HD in HDR.

For now, it is limited to a number of recent Smart TV models that can than run the iPlayer app, and it will become available on more TVs and devices over time.

The test includes footage from the superb Planet Earth II documentary series. The content sports four times as many pixels as full HD 1080p, and also a superior colorful image due to high dynamic range (HDR), which is supported in a lot of newer smart TVs and monitors.

"One of the clips is a frog on a leaf with lots of rain, and the reason this is so interesting is that the redness of the frog is a really deep Ferrari red that you would never get in broadcast television at the moment," explained Phil Layton, head of broadcast and connected systems at BBC Research & Development.

"We want to show that this is how the BBC could make ultra-high definition HDR material available to iPlayer and we want to use this as a trigger to work with manufacturers to get their products updated so there's a pathway there for future on-demand BBC content."

It will be quite some time before 4K and HDR broadcasts will become common at the BBC however, due to higher production costs and a low rate of support for either advancement in televisions in British households.

Amazon and Netflix already offer some shows in 4K and HDR to paying subscribers, while Sky in the UK offers content in 4K.