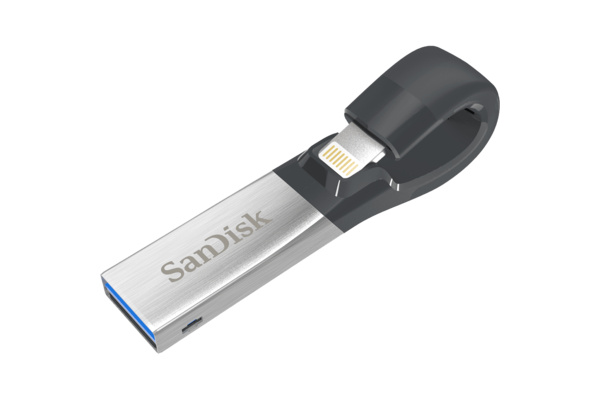 At the ongoing Mobile World Congress, SanDisk has released a flash memory storage solution for iPhone and iPad that connects seamlessly to the iOS device.

iXpand Flash Drive series connects at USB3 speeds to iPhone or iPad via Lightning connector and has storage capacity of up to 256GB.

256GB version costs Ł170 or €210 in Europe, $200 in United States. With the "clip" form factor, the memory stick attached seamlessly to the iDevice. It also has USB connector in case one wants to transfer the files to PC - and obviously, via Lightning connector, you can connect the stick to Mac, too.