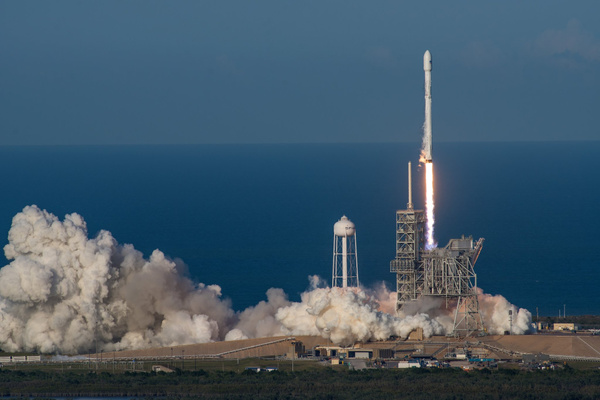 SpaceX has successfully launched a satellite for SES using a Falcon 9 rocket with a previously landed and refurbished booster.

This is the first time that an orbital class rocket booster has been successfully reflown and marks a milestone for SpaceX in its goal to make rockets fully and rapidly reusable. The rocket booster landed on a drone ship last year as part of a previous mission.

One again, same booster landed again on Thursday on a drone ship, but it is unlikely to be flown again. Instead, Musk indicated at the post-launch presser that the booster may be offered as a gift to the cape.

Here is the full Hosted Webcast of the SES-10 mission:

Another interesting development was the splash down of the fairing, which is the nose cone that protects the payload during ascent. While the fairing wasn't successfully recovered, it was directed to a specific location. According to Musk, the fairing alone costs $6 million to manufacture, and so recovery is vital to further reducing the cost of launches.

Musk heaped appreciation on SES for its faith in SpaceX and estimated that there may be as many as 6 flights this year that will utilize a recovered booster.