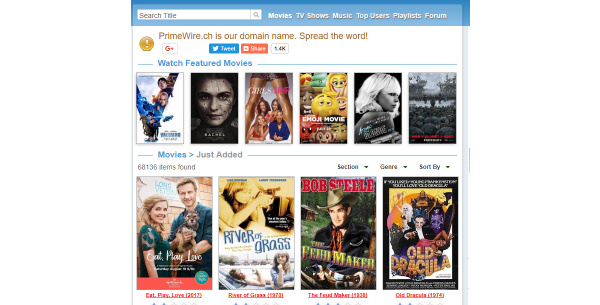 Two seperate orders from courts in Australia obliges Internet Services Providers to block a total of 59 websites and 127 domain names. In one case, based on a complaint from Roadshow, a judge ordered ISPs to block 42 websites, while in a second case brought by Foxtel, a further 17 blocks were mandated.

The list of websites includes popular sources for unauthorized streams, including PrimeWire, Project Free TV, Watch Servies and PutLocker, which can blocked based on legislation passed in 2015.

"This is a historic moment for Australia to have what is effectively 95% of the criminal trade blocked," Graham Burke, co-chief of Village Roadshow, and also the head of Creative Content Australia, said. "The thieves who run pirate sites contribute nothing to Australia -- they employ no one and pay no taxes here. Of the enormous profits they earn, not one cent goes back to the original creators of the content."

Creative Content has threatened to sue pirates in Australia later this year.