Apple's next week's iPhone 7s is iPhone 8, and iPhone 8 is iPhone X 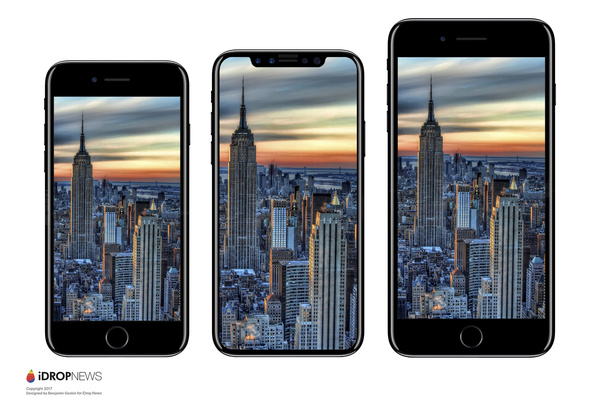 The world is holding their breath as it awaits for the upcoming iPhones. Well, maybe not quite, but one or two people might be looking forward to what is, perhaps, the most substantial upgrade to iPhone thus far.

Even though Apple will likely unveil three new iPhones, the only one that includes significant, or, as Apple might call it, revolutionary, upgrades to the iconic smartphone is the one everyone has their eyes on. Many things have leaked about that one model in particular but it has still been unclear what they will call the new phone.

For months it has seemed liked the consensus is that it'll be iPhone 8 as the smaller upgrades will be aptly getting the moniker 7s and 7s Plus respectively. However, even names such as iPhone 10 or iPhone X have been floating around.

Now a self-proclaimed hacker has revealed some new information about the names that appear in a recently leaked iOS 11 firmware. The Twitter user Steve T-S (@stroughtonsmith) has posted a picture revealing that the device known as the codename D20 is called in the documents iPhone 8. However, this is not the dro... phone you're looking for.

D20 is the codename for the lesser upgrade, thus it seems that the two will be called iPhone 8 and iPhone 8 Plus. The captured image also reveals that D22, formerly often referred as the iPhone 8, is actually named iPhone X.

Now, obviously nothing is official until Tim Cook walks on to the stage at the Steve Jobs Theater and reveals the new iPhones, but for now it seems like Apple is not only going to introduce unusually large upgrades to its flagship product but also naming them contrary to tradition.