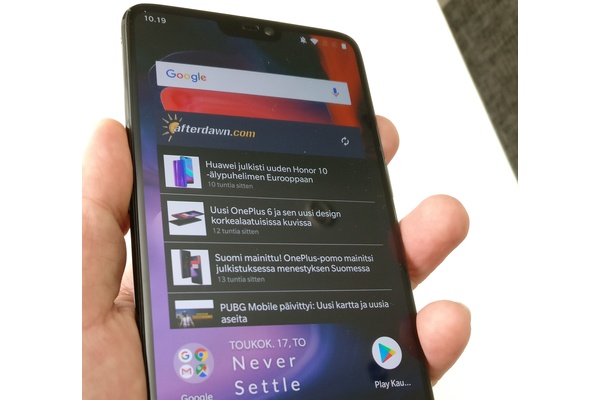 OnePlus has been one of the most rapidly growing Android manufacturers in the World. OnePlus has followed its own, pretty unique path and has typically just one phone model available at the time. OnePlus models are praised for offering the flagship phone features, but with almost half the price of those of big name manufacturers' flagship phones. But until now, company has had hard time conquering the U.S. market, where most phones are sold via carriers with the monthly contract.

Now, it seems that OnePlus is finally getting a carrier partner in the U.S. According to CNET's article, the upcoming OnePlus 6T model that is expected to launch in October, will be backed by T-Mobile in the United States. T-Mobile will get short-ish period when it will be the only operator to have the OnePlus 6T available. After that period, OnePlus will release an unlocked model to be used in other U.S. operators' networks.

Most important thing for OnePlus is to get to T-Mobile's selection that it will offer to its existing customers when they change phones. Enthusiasts have always managed to get unlocked OnePlus devices if they wanted to, but due the fact how economics work in phone business in the U.S., those sales can't be very big.

According to rumors, upcoming OnePlus 6T will cost $550, a small price hike from the current $529 that OnePlus 6 costs.

OnePlus 6T is simply a "refresh model" from the OnePlus 6 that was launched back in May, 2018. It is expected to have slightly better camera and smaller "notch", but probably not any other major changes compared to the existing OnePlus 6.