Google back to making tablets, here's the leaked Pixel Slate 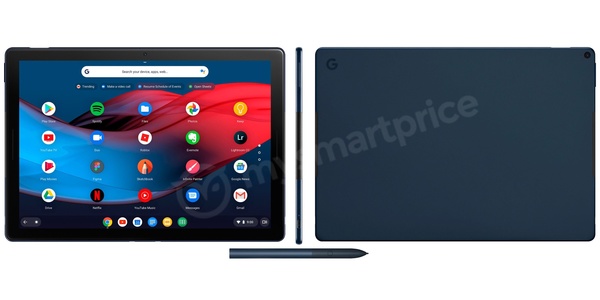 Tomorrow is the big day of the year for Google. The company is debuting its new smartphones and maybe even revealing some other new Pixel devices.

In fact, a new leak suggests that Google is turning back time and unveiling a brand new tablet, first one since 2015 Pixel C.

The new one is allegedly called Pixel Slate and indeed will be revealed tomorrow in New York City as Google updates its Pixel smartphones.

However, except for these pictures, there's not a lot we know about Pixel Slate. It'll likely run Chrome OS and seems to sport a 3:2 aspect ratio, which seems to be a hallmark of Pixel tablets and computers alike.

There's also a stylus and a keyboard cover, as expected. But that's about it.

We'll know more about it tomorrow so stay tuned.

Here's something fun: There's no sign of a headphone jack on Pixel Slate based on the renders that have leaked. 😁https://t.co/0O9FF3N0oH