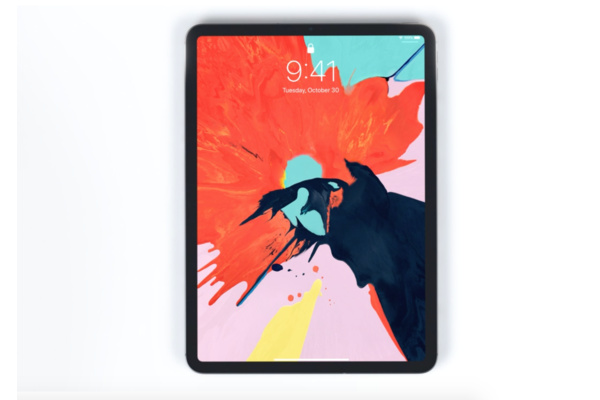 Apple is currently hosting a press event in Brooklyn, NY, where it is introducing new Mac products as well as some improved iPads.

The latter is of course the new iPad Pro. The largest and most powerful iPad is getting a major refresh that includes improved displays, new connectivity, and some never before seen features on the iPad.

Let's start with the displays. The iPad Pro gen 2 comes with 11 and 12.9 inch displays with smaller bezels and better picture quality.

Smaller bezels also mean that there is no longer a Home button, and no Home button means no Touch ID. The new iPad Pro has instead Face ID that was introduced last year in iPhone X.

Apple has also revamped the design quite a bit. The rounded edges are no where to be seen, and Apple's new powerhouse iPad is sleeker with iPhone 5 -like sharper edges.

The device is powered by the new A12X Bionic system-on-chip, which offers superior performance in both CPU and GPU. According to Apple, the seven core GPU can perform as well as Xbox One S.

One of the more interesting features is the new USB-C connection. This means that not only is the new iPad Pro able to use generic power cables, you can even juice up your other devices from the iPad.

As for headphone jack. Yup, it's not there.