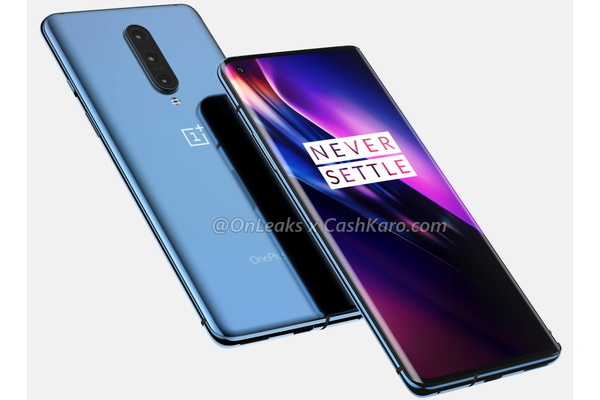 While the release of the OnePlus 7T is coming soon, there are already leaks regarding the OnePlus 8 series.

Like the OnePlus 7T and 7 Pro, OnePlus 8 will feature three camera lenses on the back.

The bottom speaker also appears to have a smoother edge than previous OnePlus series. The overall dimensions of the smartphone are estimated at 160.2 x 72.9 x 8.1mm (9.3mm when including the bump for the rear camera lenses).

Another big detail in the leak is the support for wireless charging. OnePlus has put effort into fast charging with some of its previous models. The OnePlus 7T comes (and 7 Pro) come with a 30W (5V/6A) charger for speedy charging. However, with competitors offering wireless charging it was an expected step for OnePlus to make.