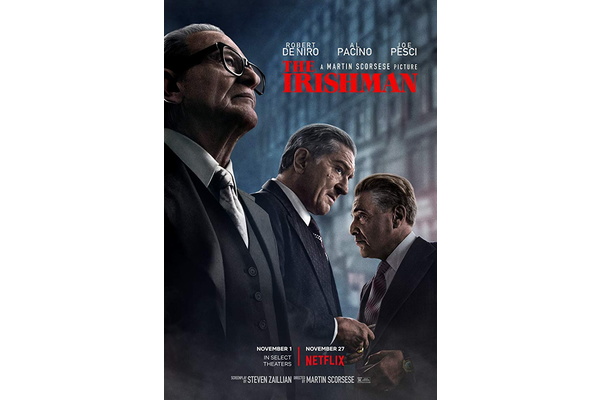 Netflix is bragging that 26.4 million accounts watched The Irishman in its first week available on the service.

The Irishman stars Robert De Niro as hitman Frank Sheeran. It also stars Al Pacino as Jimmy Hoffa and Joe Pesci as Russell Bufalino. The film has just been nominated for a Golden Globe for Best Motion Picture (Drama). Director Martin Scorsese also picked up a nomination for the movie.

Both Al Pacino and Joe Pesci have been nominated in the category of Best Performance by a Supporting Actor in a Motion Picture.

My friends, I've got some news from the big guy at the top: THE IRISHMAN was watched by 26,404,081 accounts globally -- within its first 7 days on Netflix. pic.twitter.com/abVV993CWS


Within 28 days the film it is expected that more than 40 million accounts will have watched the film. To qualify as a view, at least 70 percent of the film has to have been played.

Netflix is estimated to have spent around $200 million on the film, which was in production for close to a decade.