Chromecast is getting a major update, includes remote 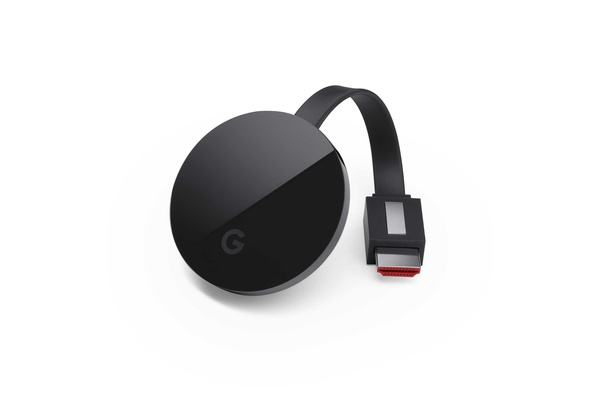 Google in planning to update their media streaming device Chromecast soon, 9to5Google reports. The search giant has made some interesting improvements to both software and hardware, report claims.

The new Chromecast Ultra is said to come with an improved software package that turns the dongle into a full-fledged media device. No longer is Chromecast Ultra going to run the simplified Android (or perhaps Chrome OS) but instead will be running Android TV.

This means that unlike the current generation Chromecast Ultra (pictured), the upcoming streaming stick is able to no only stream but act as a standalone media device. Essentially this turns your dumb TV into a Android TV, like the ones from Sony, Sharp, Philips and others.

As you'll be interacting with the Chromecast Ultra itself, not just which ever device is streaming content to it, Google is going to include a remote. This is perhaps one of the biggest gripes about Chromecast for some, although personally it never has been an issue.

According to the rumors, the remote has taken some influence from both the Daydream View remote and an Apple TV remote. It includes a microphone, which allows voice commands via Google Assistant.

Initially the new Chromecast Ultra was going to be released at Google I/O. The developer conference was cancelled due to coronavirus 8 days ago.