OnePlus 8 is the new compact high-end smartphone from OnePlus 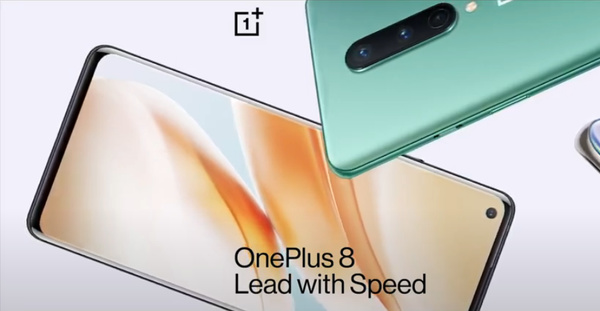 OnePlus has today announced two new smartphones. The new flagship is the OnePlus 8 Pro with its QHD+ 120 hz display and quad camera setup but if you want something more affordable and compact, you might want to stick with this one.

If OnePlus 8 Pro took on the Galaxy S20 Ultra, with the OnePlus 8 the Chinese manufacturer had its eyes on the iPhone. OnePlus 8 features a 6.55 inch Full HD+ AMOLED display with 90 Hz refresh rate. Although not as fast and high resolution as its big brother, it is still A+ rated by DisplayMate.

The company took a lot of time to compare the size of the display, and the phone, to iPhones. While OnePlus 8 boasts a larger display than iPhone 11 Pro Max, the footprint of the device is much smaller. And at nearly the same size as iPhone 11 Pro, the OnePlus display dwarfs the small 5.8 inch panel on the iPhone. 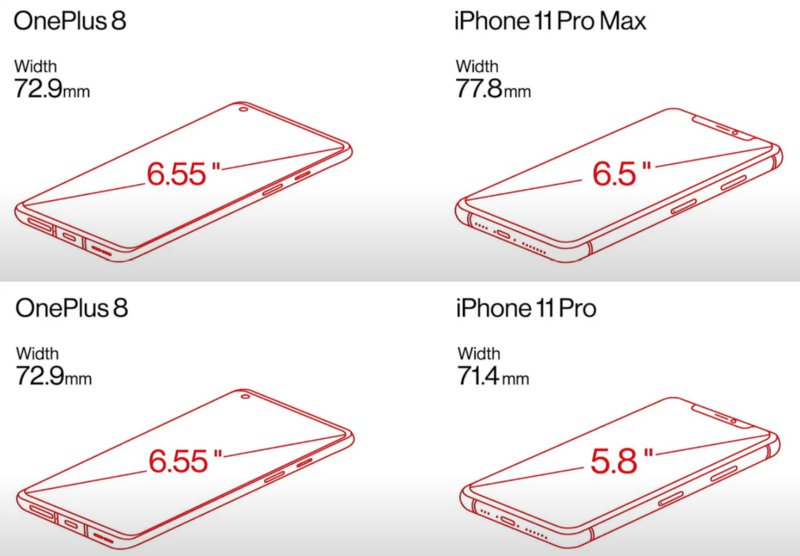 The compactness of the phone doesn't end there either. OnePlus 8 is slimmer and lighter than the iPhone too, at 8mm or 0.315" (excluding the slight camera bump) and 180 grams or 6.35 oz.

The design is still high-end with a familiar glass and metal sandwich industrial design.

Instead of the Pro model's quad camera setup there's only three back cameras here, and the sensors and lenses are different too. The 48 MP regular shooter is the same but alongside are a 16 MP ultrawide camera and 8 MP macro lens.

Front-facing camera is a 16 MP shooter that is located in the hole punched in the top right corner of the display, just like on OnePlus 8 Pro.

Wireless charging is nowhere to be found but the wired charging is the same 30 watt Warp Charging technology from OnePlus 8 Pro and previous generation OnePlus.

The battery is slightly smaller, likely largely due to the smaller footprint, at 4300 mAh.