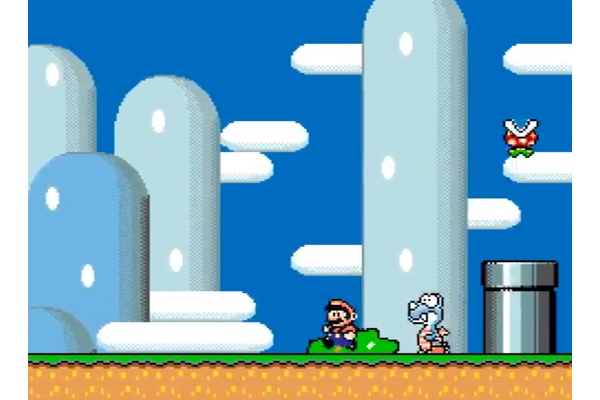 Back in the day, in 1980s, the world was mostly dominated by Commodore 64. But handful of countries, most notably, Netherlands, Japan, Brazil, Spain and Finland, had an alternative, too.

The system was called MSX, the first-ever standardized home computer platform. By standardization, it meant that any manufacturer that wished to build MSX-compatible computers, could do so. And the system actually worked: games and programs made for MSX platform worked pretty much perfectly on all MSX computer, whether they were made by Sony, Sharp, Canon or Spectravideo.

Later down the line, MSX standard evolved into MSX2, then to MSX2+ and finally, to MSX TurboR standards.

Now, as with most other popular computer platforms from 1980s, MSX is nowadays far from dead. It has decent hobbyist following that develops new programs, games and even peripherals for it.

And such dedication sometimes brings susprising results. This time around, it is 99% perfect port of super Mario World running on MSX2 platform.


As a result of a one dedicated developer and handful of volunteers helping with the project, the game is now almost complete, with some some of the maps still not imported and some credit scenes still left to be ported.


Obviously, Nintendo, who owns the rights to Super Mario, wont ever allow release of such fan-made game officially, but expect this one to make (kinda illegal) its rounds in MSX hobby circles once it is finished.

Super Mario World was officially released on SNES back in 1990, while MSX standard was developed in 1983 (and MSX2 standard in 1985).