One of the most frustrating aspects of WhatsApp is its phone operating system lock-in. Currently, it is almost impossible to transfer chat history from Android's WhatsApp to iPhone and vice versa. This is finally changing, as WhatsApp introduced a streamlined data transfer.

The new feature resembles the one available in competitors, such as Signal, where two phones can be paired and messages are then transferred from one device to another. As WhatsApp doesn't use centralized messaging servers like Telegram, the messages can't be just "pulled from the cloud". 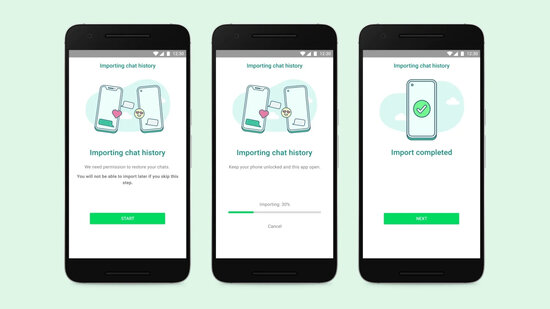 However, there's one problem with the new transfer feature: it only works from iPhone to Android, not the other way around.